So Fresh an’ Fine, a Voice Divine 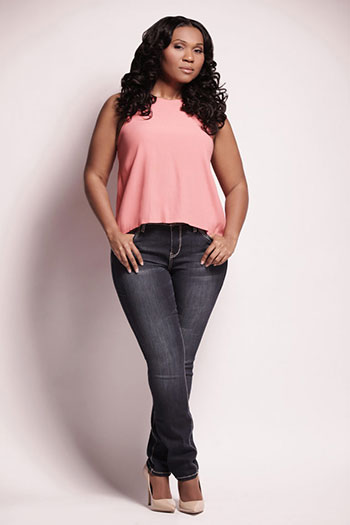 As a young artist in the Domingo-Cafritz Washington National Opera Program in 2007, soprano Aundi Marie Moore, BM ’03, had the chance to chat with Plácido Domingo, one of the most famous opera singers in the world. But the question she asked didn’t have anything to do with music.

“I remember asking…how do you stay rich? He laughed! And he told me, ‘Real estate.’” Moore took the advice to heart, especially after the 2008-09 market crash, when artists were among the first groups to suffer financially. As opportunities to perform began to dwindle, she shifted gears. “I went into real estate school kicking and screaming, and it was the best thing I could have done for myself.”

Now one of the top real estate agents in Maryland (under the name Andrea Barnett), Moore has continued to sing the modern opera that she loves and emphasizes that pursuing an alternate career path has afforded her more freedom to pursue her art. “I pick and choose what I want to do,” she says. “I don’t have to do jobs that I feel don’t pay well enough. If it makes good sense and seems like it would be fun, then I’m going to do it.”

They have followed my career....They show up at my shows....They are waiting backstage at the door. Mason has gems in those professors.

That ability to choose jobs paid off three years ago when Moore began performing the lead role of the mother in Onsite Opera’s production of Amahl and the Night Visitors. Presented in a New York City homeless shelter, the show includes cast members who were homeless. “I wanted to open the doors of high opera to people who might not be able to access it,” Moore says.

Moore’s performance made such an impression on the general manager of the Metropolitan Opera that she was offered the role of Strawberry Woman in the Met’s production of Porgy and Bess. Moore performed in the show’s final 10 performances, fulfilling a dream she’d given up on. “For my voice to go all the way back to that 4,000-seat theater…[and] to hear the thunderous applause, the high is just something I cannot explain.”

But none of that would have been possible without the education and mentorship she received in Mason’s School of Music. She cites her sight singing and ear training professor Linda Monson, choral professor Stanley Engebretson, and voice professor Patricia Miller, as the three Mason faculty members who had the most impact on her career.

Of Miller, Moore says, “When I was having issues, I could just go to her and have a moment with someone who looks like me and just feel like I was at home for a second.”

Engebretson frequently took Moore along on workshops abroad, introducing her to new countries and cultures.

And the relationships didn’t end once Moore graduated. “They have followed my career,” she says. “They show up at my shows. They are waiting backstage at the door. Mason has gems in those professors.”

The COVID-19 crisis and accompanying shutdown reminds Moore of that market crash that propelled her into real estate. To those who are just starting out in their performing careers, she advises, “Find some other work that can go parallel with being an artist, so it can be a vehicle to help you. Artists feel like you are all in or you are not. There are other options.”