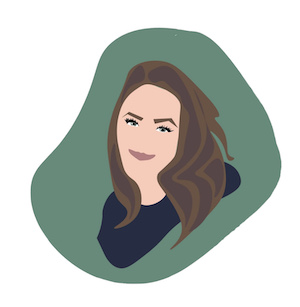 It all started off as something to learn during quarantine and grew into a busy fundraiser on Instagram.

Inspired by illustrations she saw on Pinterest and Instagram, Sara Wolfley, a George Mason University senior from Ashburn, Virginia, decided to learn how to do them herself. When she realized people liked her illustrations, she decided to use them to raise funds for causes in which she believes. Communicating via Instagram at @sara.wolfleyy, the film and video studies major offered to illustrate photos for people in return for $5 donations to charities related to racial justice.

Within a few days in mid-June, demand “exploded,” as Wolfley describes it. She was inundated with dozens of requests, often for multiple illustrations from each person. Her illustrations led to a $700 donation to Justice for Breonna Taylor. Taylor was a Black emergency medical technician killed while sleeping by officers from the Louisville Metro Police Department executing a no-knock warrant. Wolfley says she is dedicated to ensuring proceeds from her illustrations continue to go to meaningful causes. 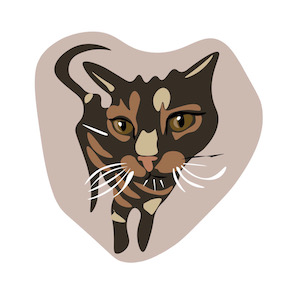 “I really couldn’t believe how many people wanted to have me illustrate their photos. It just expanded and became this huge thing,” said Wolfley, 21. “It’s nice that people want my illustrations, but I really think it grew bigger because people want a way to donate to a good cause and to help make change.”

Wolfley uses Adobe Illustrator to create illustrations based on photos. It takes her between 45 minutes and an hour to finish each illustration, and she has been making as many as 10 photos each day. Wolfley also works on campus and is attending summer classes. One hundred percent of the proceeds go to a racial justice cause chosen for the week, Wolfley said. This week, for example, she posted a link to the Black Lives Matter DC Legal Support Fund so that people buying her illustrations could contribute directly.

Instagram users display her illustrations as their profile pictures or choose simply to share them and tag her in the process.

“I really enjoy what Sara is doing with this,” Ridings said. “The art style is interesting and engaging. Ridings added that he was impressed that she was using her art to support important social justice causes.