Djola Branner is the New Director of the School of Theater 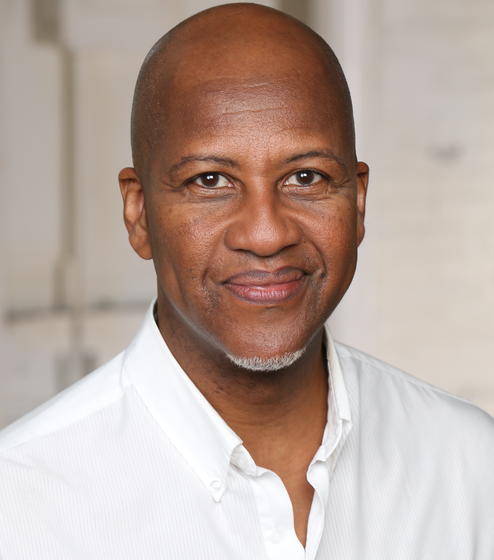 George Mason University’s College of Visual and Performing Arts announced artist educator and co-founder of Pomo Afro Homos Djola Branner will be the next Director of the School of Theater.

Branner starts July 1, transitioning from his most recent role as Professor of Theater at Hampshire College. With Branner’s upcoming arrival, Interim Director Kevin Murray announced his retirement at the end of the spring semester, closing out roughly 30 years of teaching at Mason. Murray, who led the School of Theater during an extensive Director search following Ken Elston’s departure in 2019, looks forward to pursuing even more professional acting opportunities in retirement.

“We are beyond excited to welcome Djola Branner to the School of Theater,” shares Rick Davis, Dean of the College of Visual and Performing Arts. “He is an artist of wide professional accomplishment who has made a real impact on the American theater in the course of his career as a playwright, actor, and director. And he has an equally strong investment in teaching, with a focus on empowering students from diverse backgrounds to tell their own stories. His background as a higher education administrator is similarly impressive, and I look forward to working with him closely as we think about the future of not just the School of Theater but our College as a whole.”

A theater artist and educator who gives voices to individuals historically absent from the stage, Branner works with the integration of music, sound, and light as theatrical language. Co-founder of the award-winning performance group Pomo Afro Homos, he toured nationally and internationally with their shows Fierce Love: Stories from Black Gay Life and Dark Fruit, and has performed in regional theaters across the country. Branner’s interdisciplinary work has been supported by Creative Capital, the Jerome, McKnight, and Bush Foundations, and published in numerous anthologies including Black Gay Genius, Colored Contradictions, Voices Rising, and In the Life. His first book of collected plays, sash & trim and other plays, was nominated for a Lambda Literary award (in 2014). His seminal writings and performances have been permanently archived at the Schomburg Center for Black Research, and the Hemispheric Institute Digital Video Library.

Branner’s creative practice has been defined by a passion for scripting, staging, and performing original drama, and that passion has defined his pedagogy as well. He has taught dance and theater at City College of San Francisco, Stanford University, University of Minnesota, Macalester College, American Musical and Dramatic Academy, Amherst College, Brown University and Hampshire College where he was a full professor of theater. Branner holds an MA in Creative Arts, Interdisciplinary Studies from San Francisco State University, and an MFA in Playwriting from the Actors Studio Drama School/New School for Drama.